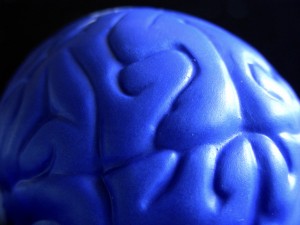 It’s been said many times by many success experts that people’s behaviors are driven by just two forces of nature:

Out of the two...fear is the bigger motivator by far.

You may have seen this before - but Tony Robbins said it best:

If you are just getting started house flipping as either full time job or just part time, this is the most critical element to conquer before you even consider doing your first house flip.

Here’s the really strange thing. We make the vast majority of our decisions to do something or not do something based entirely on what we THINK will happen instead of what will ACTUALLY happen.

So in any case, when we are confronted with a decision to either do it or not to it, whether it’s flipping houses or deciding on going to a party, most of us think about what we would LOSE by choosing to move forward with that decision.

We project ourselves into the future and THINK about what these things will feel like in the future. More often than not, this is not based on reality at all.

The reality for most of us is we completely fabricate painful outcomes based on very little data, if any at all.

This “projection” is all about our own twisted PERCEPTION of what reality may actually be.

I was invited to a party the other night and having a vague knowledge of the party hosts, I just did not want to go.

The truth is I’ve been invited to parties similar to this in the past where I don’t know the hosts, know very few of the people there – but at my wife’s insistence, of course I did eventually go.

Why didn’t I want to go?

I had created a completely PERCEIVED feeling of fear of going…without any real basis in reality.

I had imagined myself standing awkwardly in the corner, desperately trying to find something to talk about with the people who were there - and no matter how hard I tried, I struggled to make a connection. There was no common ground, the conversations awkward, plus the music playing too loud in the background and I was just plain miserable.

This was how I had pictured myself at this party.

Haven’t we all been to parties like this before?

These are the kinds of parties you go to where you think to yourself you’d actually rather be at the dentist than going through this torture….

What if I had pictured a different outcome instead?

Instead of being alone in the corner…imagine if I had pictured being surrounded by people interested in what I had to say, engaging in lively interesting conversation, while my favorite music played in the background, feeling completely comfortable and at ease?

If had pictured THIS scenario instead, how much do you think I would want to go to the party now?

Imagine being able to change this kind of perception not only when you are faced with a decision to go to a party…but when you are about to make your first house flipping deal?

Let’s say you have been working hard to start your house flipping career and you have finally found the perfect property to buy. All of the sign point to yes. You have a good price, you have good financing, and you have figured out your expenses and know with 99% accuracy what you can get for resale.

But you imagine everything going wrong, the house sitting on the market for months, every month your margins and profits slowly dwindle away…

What are the chances that you are you going to do this house flip?

Not unless you change the PERCEPTION of pain versus pleasure.

Instead picture the house selling for thousands more than your worst case price, selling in under a month, with you walking away with a very tidy profit for you and your joint venture partners as well as your financiers.

THIS is the house flipping mindset.

What this is not is just a wild assumption that everything will go right just because you PERCEIVE it will...far from it. You need to have a specific strategy of steps that lessens the chance that the bad deal - so that you can position yourself in a position to perceive value and pleasure in reaping profits instead of thinking of the pain.

And most importantly to gain the house flipping mindset, once you have done all that you need to then create a picture of success in your mind as to all you have to GAIN by doing the deal.