What Are The Best US Cities for Flipping Houses in 2013?

Our friends from Movoto.com tell us which U.S. cities are the best ones for flipping houses in 2013 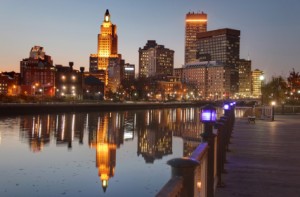 The housing market has been quietly crawling out of its long slump and this creates opportunities for house flippers. There are a number of cities in the US that we have found to be the best cities for flipping houses and are especially ‘primed’ for house flipping in 2013.

While supply and demand are two chief driving components of any market, in real estate the third (and fourth) components are the availability of money and credit. Although there are a number of ways to flip houses with no money, banks are still a very good source of money for flipping houses.

If you do go this traditional route to finding money for your house flips, this money is used for down payments and the money to make the ongoing payments is obviously needed as well. Proof or credit worthiness is usually determined in the form of personal income and does the leniency in which banks lend money to investors largely fluctuates with the job market.

Some of The Best House Flipping Markets in 2013

There are some U.S. cities where the supply of potential house flips is plentiful. And in these cities as REO and other foreclosed properties continue to stack up, prices are still well below market value. And in some of these cities, the market for buyers (and the subsequent demand) is turning the corner as the economy is coming back to life.

Here is a list of some the best U.S. cities for house flipping in 2013:

A growing town that many flippers have not had on their radar is El Paso, TX.  Growth is being fueled by the US military base there and the population of El Paso, which presently sits at about 800,000 and is expected to grow by 10 to 20 percent in the next few years.

The Miami Beach real estate market was definitely down for the count just a few years ago. This fed the foreclosure inventory. But now, with signs of recuperation, a population of almost two and a half million people, and international resort shoppers, this is a flipper’s market. Homes and condos are available for under-market values that are ripe for the fix-and-flip investor.

While California has taken a real estate beating more severe than some in the last few years, there is a desirable house flipping market there. The upscale Palo Alto and Hillsborough area is just outside of the San Francisco area, where well over four million people reside.

The current property inventory with flipping potential is well-stocked and the buyers are lining up. There are numerous employers in Santa Clara County including some of the biggest in the country such as Apple, Kaiser Permanente, Levi Strauss, and Wells Fargo.

Demand for homes in the Washington, D.C., area has been on the rise and RealtyTrac reports a decline in inventory of foreclosed properties. The increased demand and dwindling supply is driving prices and sales up. There is still enough available property for the savvy flipper to get in on this profitable activity in the greater Washington, D.C., housing market.

Omaha, Nebraska is the nation’s 42nd largest city with a population of over 400,000. Just three years ago, Forbes ranked Omaha as the "Best Bang-For-The-Buck City" in the US and gave Omaha first place on "America's Fastest-Recovering Cities" list. Omaha is still growing and the inventory of foreclosed properties at low prices is still ripe for the picking for flipping houses.

Phoenix, AZ has a significant inventory of foreclosed properties and has seen a flurry of activity from investors. While a smaller market, and not far away is Lake Havasu and it's quietly producing desirable profits for house flippers and should continue to be a hot market for a while. According to 24/7 Wall Street, foreclosed property investors saw an average profit of $87,513 per flip in the first six months of 2012 in Lake Havasu.

Note from Mike: This is a guest post from our friends at Movoto, an online brokerage with listings for properties throughout the country. They have one of the coolest and funniest real estate blogs on the planet. We use their service to help us find properties to fix and flip ourselves. To start your search for the perfect property to flip, check them out at www.movoto.com