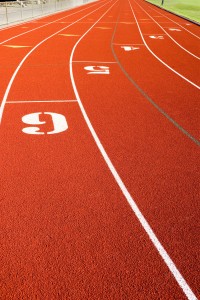 I meet many people who want to learn how to get started flipping houses fast.

They want to make their money FAST....and then retire to a beach on a remote island drinking a cold adult beverage under a palm tree.

As Timothy Ferris said in The 4-Hour Workweek

"You will reach a point when you absolutely cannot stomach another Pina Colada and that's when you realize that you actually have to start doing something meaningful with your life..."

At one point in time in my life, I thought sitting on the beach would be really cool. Until I read that passage by Ferris...and he blew it for me.

I then realized that the DOING was actually the fun part of all this house flipping stuff.

The end result is fun for sure. I mean it is AWESOME to sell a flip in one day after putting in six months of work and walking away with a nice chunk of change...that is a gooood feeling.

But in the end, it's the process of the flip that gets me excited most.

It's the journey, not the destination.

How to Get Started Flipping Houses...No Pina Colada Needed

That's all well and good. But what if you are just getting started flipping houses, then what? How do even conceive of the whole Pina Colada thing?

First, you have to start.

And when you're first learning how to get started flipping houses, you should start small.

Start with one deal, one at a time.

And start with an easy way to source them.

Start the way that I started...with wholesalers.

Why Wholesalers Are A Great Way to Get Started Flipping Houses

Wholesalers are a great source for house flips.

I know what you're saying...

"What? You mean those "We Buy Ugly Houses" guys? Those "I Buy Houses" black and white signs you see by the side of the road? Those guys? Really?"

They are an excellent source of house flip deals that can lead to a steady stream of deals for you.

Are they all good and reputable? Hell no!

Are they all scammers and con artists? Hell no there either!

Like anything in flipping houses, you get the good with the bad.

But isn't that true with every profession? There are good plumbers and bad plumbers, good dentists and bad dentists, etc.

What Is A Wholesaler?

It may be helpful to start by explaining exactly what a wholesaler is and what he does....

A wholesaler is a person who places house flips under contract and then flips the contract to other real estate investors, rehabbers or house flippers for a fee.

The most attractive part about wholesaling real estate is that it allows someone to build income with little capital or credit.

This is one of the many reasons why it attracts so many new real estate investors. The interest for the wholesaler can be a contractual interest (they already have the property under contract) or they may actually own or have clear title to the property that they are trying to get you to buy.

Think of a wholesaler as a sort of "house flipping broker". You will pay him something to get the house flip so he makes money.

But if the numbers work according to your 70% Rule, even with his fee, you can make money as well. In this case, it's a good deal all around.

No doubt, you’ll want to be careful with wholesalers.

But there are plenty of good deals to be had with wholesalers. In fact, a property the house I just flipped I got from a wholesaler.

When Flipping Houses - The Wholesaler Is a Great Source of Deals

Many new real estate investors start by wholesaling, so there is a certain amount of inexperience that oftentimes comes into play with wholesalers, so you need to beware. What they claim is a "great deal" may be a real great deal, but many times due to inexperience, it isn't.

Its simple,  due to the fact that a wholesaler doesn't need money to make money on the house flipping deal, many wholesalers are house flippers "in waiting" so to speak. They are waiting for their chance to have enough money, reputation or chutzpah to get started flipping houses on their own.

All they are looking for is to find the deal, then pass it off to the house flipper with money of his own or no money of his own can come in, source the deal with funding and make it all happen.

Are There "Seasoned" Wholesalers?

Yes, they exist as well. Some people just love to find good deals for house flippers and then pass it off to them, making money on the transaction. Because this can be lucrative, there are plenty of seasoned wholesalers out there as well.

In what I've seen, the older more seasoned wholesalers have some money of their own and may end up taking the better deals for themselves. Thus, leaving other house flipper they wholesale to with deals that are potentially less lucrative. This is not always the case, but I have seen in my experience.

However, the really good seasoned wholesalers spread it out so everyone benefits in the end. The smart ones realize that if you pass on a bad deal to a house flipper, word travels fast that they are not as reputable as they may claim and their wholesaling business suffers as a result.

Where Do I Find Wholesalers?

You can find these kinds of house flipping sources everywhere. These are the “I buy houses” and “we pay cash for houses” signs you may see around town.

Despite any reservations many house flippers might have on wholesalers, if the numbers make sense, then it’s worth it for both of you. They make money and you make money, everyone wins.

You can also meet wholesalers at REIA meetings, through a quick Google search as well as calling the numbers on those signs. Once you contact them, build the relationship and see what happens. You have no obligation to do a house flip with them, but they may be a great source of new house flips for you.