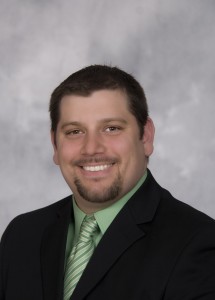 It’s been a crazy couple of months at House Flipping School...with new deals flying in, interviews with national news organizations and new coaching students coming on board…I've been flat-out!

We are working on some really cool stuff coming in the springtime and although it’s too early to let the cat out of the bag…stay tuned for more details as we continue to make House Flipping School the best online resource for learning how to flip houses and invest in real estate!

But the best, coolest thing about growing here at House Flipping School, I get to partner with some really cool people who I not only respect and admire but get to bring great people on board who will not only make me a better full-time real estate investor and house flipping coach, but can bring even more value to you the House Flipping School reader.

So in that vein, I am proud to announce my formal partnership with John Fossetti, who as many of you may recall was the moderator on the webinar we did a few weeks ago which launched the House Flipping School One-on-One Personalized Coaching Program.

For those of you who don’t know him, John has been in the real estate business since 2001 where he worked as a Mortgage Planner for Prime Mortgage Financial until 2008.

In 2008, John was so intrigued with real estate, he started to invest himself. As an investor, he got involved with a local Real Estate Investment Club (REIA), the Eastern Mass REIA where he educated new and seasoned investors.

John specializes in wholesaling, short sales, renovation and has been involved in over 100 real estate transactions since he started his real estate investing career in 2008. In 2011, John became a licensed Real Estate agent in Massachusetts.

With John's background in another kind of house flipping, namely wholesaling properties and doing what's known as "flipping contracts", he brings a level of expertise in this style of house flipping Brings a varied fact around and skill set that is a perfect match for our team at House Flipping School.

Wholesaling and House Flipping: Flipping Houses Without the Rehab

For many new real estate investors and would be house flippers, flipping homes through wholesaling is often times way to get started. In fact, this is exactly how John got started in his real estate investing career. He has educated and coached dozens of students on how to get started in flipping houses through the use of wholesaling or "flipping contracts".

Although this form of 'house flipping" is slightly different from the definition we refer to here, this kind of house flip is oftentimes ideally suited for the brand-new real estate investor who has little of their own money to fund their own deals.

John's expertise in house flipping through wholesaling is unparalleled - and he brings a seriously high degree of skill and diversity of expertise to us here at House Flipping School.

I am extremely pleased to have John with us. So join me in welcoming John aboard the House Flipping School team!