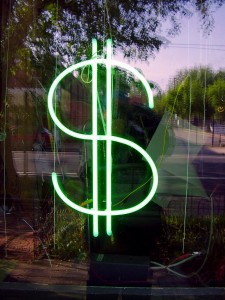 Chances are you've probably seen hyped up e-mails with subject lines like that coming into your inbox from the latest "real estate guru".

With the rebirth of the real estate market, you're not alone...they came in my e-mail inbox almost every day.

It seems like the only way to get people's attention is to shout from the treetops how much money you're making. And although it probably does work (otherwise nobody would probably do it, right?), to me it just seems like overkill.

One of the things we've always tried to do it the House Flipping School is to be real and transparent. I just think that when you're real, you end up building an audience of people who actually want to learn and although they may be jaded by the latest hype, they really just want to learn how to flip houses.

So for all of you who want to know the real inside scoop behind one of my most successful house flips with real numbers (not made up just to match the catchy headline)…then read on.

Now, let’s be clear: not all my house flips end up like this one did.

However, most of them do make between $20,000 and $30,000 on average, which isn't too shabby. But this one, which was not the best one I've ever done (but definitely in the top two), really did make that much money.

So let's get into the nuts and bolts of this pretty successful house flip, with real numbers and real facts.

As you can see on this house flip, I didn't use any of my own money but stuck to all rules that I've laid out on this blog many many times. As I've said here before: it is actually possible to flip houses with no money.

In fairness, when you're first starting out, you will probably have to put some of your own money into play especially if you are using a hard money lender like I did here. Most hard money lenders often require you to have some skin in the game.

But the good news is that the more you do it in the better the relationships you create through your house flipping team, the better terms and conditions you will get from your lenders. This includes hard money lenders.

Additionally, this hard money lender is one that I have used many times before so we have worked out a more preferred, "less hard, more soft" interest rate. This proves the importance of relationships when doing house flips.

The good news is, even if I was a new real estate investor and had to use "traditional hard money rates", this deal was so good I still would've made a nice house flip profit.

So you can do too…

To make over $56,000 on one house flip, a few things to have to go right. The interesting thing is that some of our numbers ended up being negative, but the positive ones, far outweighed the negatives.

By sticking to the rules, including ARV, the 70% rule and MAL, they kept me in the game and ready to make serious profit. Of course, through the wholesaler I got a very good deal and that set me up for success right from the start.

The bottom line is this: it was really my system that made me the profits-the very same system that I've been using for over three years now, doing one house flip at a time and flipping houses for a living.

Here's the breakdown on the numbers:

As you can see, most of the major numbers were in the positive, with the only real cost overruns on the repairs. We had some unexpected costs. When we were framing, we found some spaces behind one of the walls that needed complete repair and tear out. This was certainly an unexpected cost, but we had factored advance like these into our cost projections.

We could've probably not done some of those repairs, but it's really important to me to make sure that on all my flips, we do responsible rehabbing. I would never want anyone to have buyer’s remorse on any of my houses.

Plus, it was just the right thing to do.

Why Was This Flip so Successful?

There were a couple of extra things that we added to the house. As we went along that I believe really added to the value of the house. If we hadn't put them in, I still think I would've made a nice profit on this flip.

Here are a few things we did to add even more value:

Granite Countertops: Since was a really small kitchen, Formica countertops just wouldn't do. Also, when we compare the price of granite vs. Formica, the additional cost was so minimal; it was really a no-brainer.

The difference in how it looks is great though - adding only $500 or so to our costs. And since the kitchen was so small and the counter space was so limited, it just made sense. As you'll see from some of the photos, the kitchen really is beautiful. 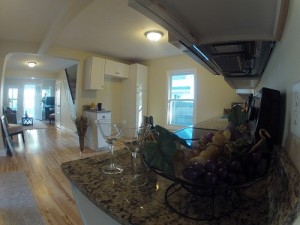 Cathedral Ceilings: In the master bedroom, we had to do a lot of framing. So my builder Billy Bachant suggested this one. As we were ripping out the ceilings in what would become the master bedroom area, we came to the realization that the two-bedrooms in the back of the house really should be combined into one large bedroom.

People really like large master bedrooms, so it was a good decision, as we got many comments on it during the open house. By making two-bedrooms into one large bedroom and opening up the ceiling, it turned that space into just a beautiful area to live and sleep. 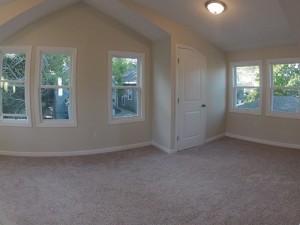 Back Deck: The back deck was a brainchild of Billy again – from importance of building a really strong house flipping team, as well as building strong relationships with your general contractors. I knew that this would add a few dollars to his overall bill, but I didn't care because it was such a great idea.

The backyard was extremely small in the deck just made a really nice living space – almost like another whole room. It made the house feels even more open and more spacious. As you'll see from the pictures, it was not a very large house – so an additional expenditure like this was well worth it. 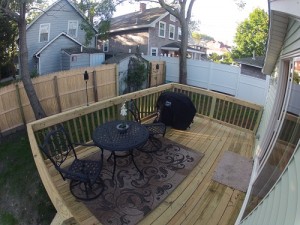 Staging: As I'm starting to do more and more on my house flips, staging is a great way to help people visualize what a house looks like when they live in it. The staging company I used was relatively minimal expense, but one that was well worth it.

If you decide to stage your house flips, make sure the cost of the staging outweighs the potential profit you can make at the sale. I don't think staging is for every house, but as you see, it really made the property have a really nice "lived in" feel – which certainly added to the speed in which the offer came in. 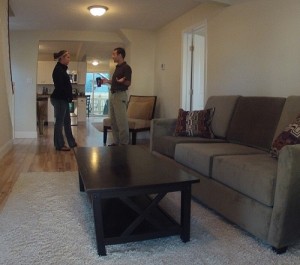 When you get a $78,670.43 check at a closing...needless to say, it feels pretty awesome. But that is not what we profited. Unfortunately, most real estate "gurus", use those numbers as their numbers they tout on all hyped up e-mails we referred to before.

Are five and six-figure profits really possible when flipping houses? Yes, but only if you have a house flipping system that practically guarantees a profit on every house flip you do.

If you're first starting out flipping houses, you probably will be a will to make this kind of profit on your first flip. But the more you do it and fall the rules, many of which are outlined here on this blog, you will make money regardless of market conditions.

And when that happens, I can't wait to hear about it.

If you've made it this far, please leave a comment below! I'd be happy to hear about your best house flip or anything else related to flipping houses.

Also be sure to check out our free e-book "How to Flip a House in 5 Simple Steps, where we take you through some special insider house flipping tips you can’t get anywhere else!